Today was my first day back in the real world, and needless to say, I am coming down from my travel high.  What a whirlwind of a trip.  If I could sum up Scotland in a single phrase, it would be: “majestically dramatic.”  The imposing nature of the landscape created both a mysterious and daunting atmosphere – making writing about it similarly daunting.  So I am going to give you my thoughts on a piecemeal basis.  Today, starting with Edinburgh. 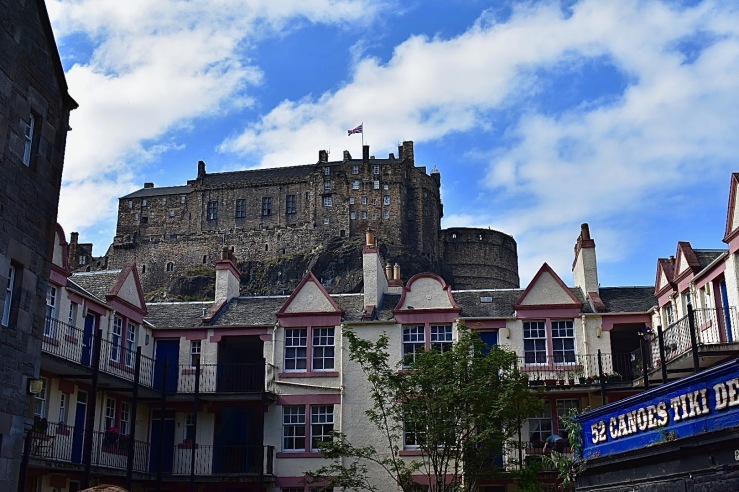 Sir Walter Scott is one of the many authors that was born in Scotland.  He wrote the Waverley novels, including Ivanhoe and Rob Roy.   (Other Scottish literary figures include Robert Burns, Robert Louis Stevenson, Sir Arthur Conan Doyle, and J.K. Rowling.)  Scott’s work celebrates Highland culture, which – at the time – was in danger of being eradicated, and his work has been attributed to reviving it.

Climbing this hill was one of my favorite things that we did the whole trip.  And the view from the top of the hill – incredible: 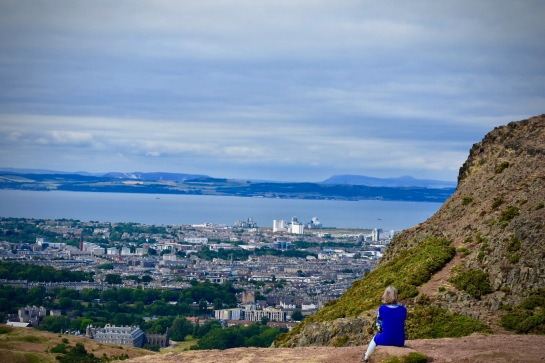 We did make the mistake of not bringing water on our trek.  Major failure.  Bring water.

A fun fact about Edinburgh – if you are a Harry Potter fan – is that it provided inspiration to J.K. Rowling.  For instance, Diagon Alley is said to be based on Victoria Street, Hogwarts is supposedly inspired by an Edinburgh prep school – George Heriot’s, and the names of McGonagall and Tom Riddell come from Greyfriars Kirkyard.

I am currently rereading the Harry Potter books – I am on the Prisoner of Azkaban – for the first time as an adult, and it is fascinating what I missed when I read them as a child/teen.

But, back to Edinburgh, we did a lot of eating and drinking, and I have listed by favorite places below. 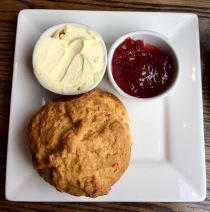 We also went to a few others, including Black Pig & Oyster, The Kitchin, and Café Tartine.  All three are in the same stretch near the Royal Britannia , next to a beautiful fountain, with seating outside.

Next up – Trossachs National Park.